The COVID-19 pandemic is demonstrating that a single disease can cause more catastrophic damage than wars and conflicts. The crisis makes it painfully clear that a transnational threat requires a transnational response. But international cooperation has been mostly limited to the sharing of medical equipment and expertise. Multilateral efforts have been impeded by the return of nationalism and great power rivalry. 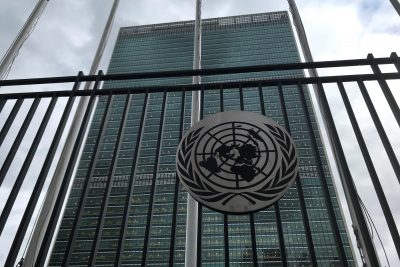 In today’s integrated world, uncoordinated unilateral responses will not stop the spread of a pathogen. Lessons from previous pandemics have underscored the need for multilateralism. SARS was a ‘wake-up call’, demanding intensive international cooperation and prompting the international community to take collective responsibility and implement the revised International Health Regulations (IHR) in 2005. The eradication of Ebola emphasised the need for enhancing coordinated multilateral containment efforts.

Pandemics not only inflict catastrophic human losses but also exert serious economic and social impacts. Expert assessments expect that the world is heading towards ‘the deepest global recession in history’ and only ‘cohesive multilateral cooperation’ can rescue the global economy. Effective multilateral food distribution mechanisms are crucial as millions are facing hunger, even when the world currently has enough food stocks. While necessary multilateral frameworks exist, their performance has been undermined by unilateral behaviour, especially by the big powers.

The World Health Organization (WHO) has faced fierce criticism for failing to show leadership as countries ignore itspandemic plan. The criticism the WHO has faced exposes the problems of current governance on global issues. It has been argued that the WHO was intentionally formed as a weak intergovernmental institution with little authority. Even the legally binding IHR does not have an enforcement mechanism. It is mostly staffed with scientists and technicians who lack the necessary political skills to strike a balance between its mission on global health and political realities.

Similar to climate change, public health has always had an uneasy relationship with politics. But the intensifying US–China rivalry, which has been likened to a new Cold War, is pushing the WHO into unchartered waters where it is paralysed by the political game of great power politics and is now under attack by its biggest donor. Its credibility and competence are questioned, its General Director called to resign and its existence threatened by US President Donald Trump’s decision to withdraw funding and consider creating an alternative institution.

Lessons should be learned from the WHO’s underperformance. Its inability to ensure a transparent and accountable handling of the outbreak in China has undermined its credibility and integrity. Its stance on travel restrictions reflects inflexibility when scientific research has shown the partial effectiveness of the measure in delaying crisis.

But the WHO still has a crucial role to play in monitoring public health risks, setting health standards and guidelines, and coordinating international responses when other parts of the world with weaker public health capacities are bracing for the worst. The WHO has also played a role in promoting a global commitment to accessible SARS-CoV-2 vaccines and warding off monopolising efforts by individual countries and private firms.

Other leading global institutions like the United Nations Security Council (UNSC), G20 and G7 also fell short of expectations due to US–China frictions. The missing role of the UNSC reflects the extent to which the US–China competition is defining the current world. Four months after the outbreak started, efforts to bring the issue to the UNSC were obstructed by a fight over the coronavirus narrative between the United States and China.

China, joined by Russia and South Africa, rejected the engagement of the UNSC, arguing that the pandemic is irrelevant to global peace and security while the United States held steadfast against China on the origin and naming of the virus. The first online discussion took place on 9 April 2020 at the request of nine non-permanent members but failed to produce any concrete outcomes.

The fact that the UNSC took an active role during the Ebola outbreak in 2014 invalidates the disengagement argument. As the COVID-19 death toll far surpasses that of Ebola and continues to rise rapidly, posing possible dual crises to many vulnerable communities, internal divisions and inaction will not only produce dreadful consequences but also damage the UN’s very justification for existence.

The US–China row over the WHO has also spilled over into the G20 and G7. The G7 leaders’ teleconference failed to produce a joint statement because of US insistence on naming the virus the ‘Wuhan virus’. G20 leaders committed to injecting over US$5 trillion into the global economy to minimise the impact of the pandemic but failed to issue a cohesive action plan. The US–China dispute also led to a cancellation of the second virtual summit, which will undermine joint efforts to tackle the health and economic crises.

Through COVID-19, we have paid a great price to learn that a unilateral approach is no cure for a transnational threat. While the pandemic exposes the shortcomings of current global governance institutions and reforms are needed, the immediate focus should be on joint efforts to contain the spread of COVID-19 and deal with its economic and social fallouts. A stronger commitment to multilateralism must be retained as acting selfishly will bring consequences that cannot be undone.

Hoang Oanh is Deputy Director of the Center for Regional and Foreign Policy Studies at the Institute of Foreign Policy and Strategic Studies of the Diplomatic Academy of Vietnam.